Namibia, often referred to as “Africa for beginners”, is situated in Southern Africa, with bordering countries Zambia and Angola in the North, Botswana in the East and South Africa to the South and East. Although Zimbabwe does not border Namibia, the two countries are separated by the Zambezi River. Once part of South Africa, Namibia gained independence in 1990 and is a member state of the United Nations, among other organisations. As for the language, English is the main language of Namibia, which makes the art of getting around and finding out information all the easier.

It is estimated over 1.5 million tourists travelled to Namibia in 2018, with this beautiful country growing in popularity as ever year passes.

What You Need To Know About Namibia

Climate Varies; can reach 45 degrees in summer and 10 degrees in winter. Average is between 20-30 degrees.

Okonjima – Home of the AfriCat Foundation

Located between the Etosha National Park and Windhoek, Okonjima is sure to capture your heart with its striking landscape, regular big cat sightings and charming staff. Situated on 22000 hectares (and privately owned by the AfriCat founders the Hanssen family), big cats roam some 20000 hectares while accommodation and housing is on the remaining 2000 hectares.

While here, you will have the opportunity to go on the cheetah and leopard safari which runs every morning (early) and afternoon. There is even an opportunity to go see the cheetahs on foot! Okonjima is one of the best places in the world to see these majestic animals and is worth going for that alone. Be prepared though as you will be active on this leg of the trip. 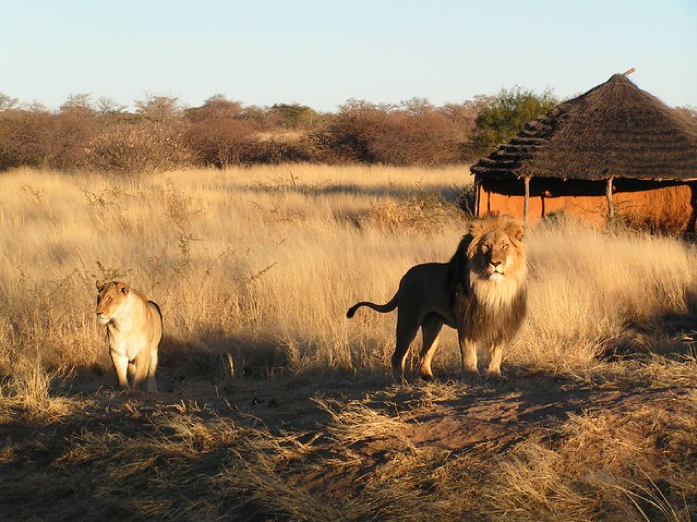 Revered as one of the best national wildlife parks on the plant, Etosha National Park is 23000sq/km of stunning wildlife and vivid landscapes. Despite Ethosha’s location in the middle of the desert, the area is home to a huge collection of wildlife and birds and is perfect for spotting and photographing these exotic animals. The winter season is the best time to catch a glimpse of the animals as they gather at the man-made watering holes. 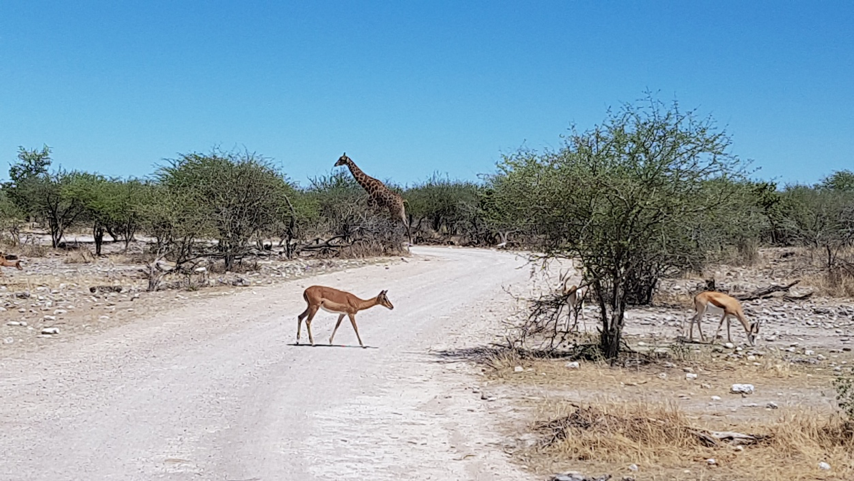 Etosha National Park offers the perfect opportunity to see one of the most endangered animals in the world, the black rhino. With less than 10000 black rhinos remaining, Etosha provides travellers with one of the few opportunities remaining to see this majestic create. Indeed, Etosha is home to some 114 mammal species including cheetahs, lions, hyenas to the more subtle elephants and giraffes. Catching a glimpse of these wonderful animals is relatively easy; head to the south of the park and you will come across the elephant baths (Oliphantsbad in Afrikaans).

Damaraland is an untamed, uninterrupted wilderness home to spectacular mountains, ancient rock and one of Namibia’s last wildlife areas. Unfenced, the wildlife is free to roam and explore with elephants, rhinos and lions roaming the vast, mountainous areas of Damaraland. Catching a glimpse of these rare and beautiful animals is a unique and fulfilling experience, completely different to the experience in a wildlife park. We have a very special activity on our Namibia itinerary, with an elephant river drive included in the package. 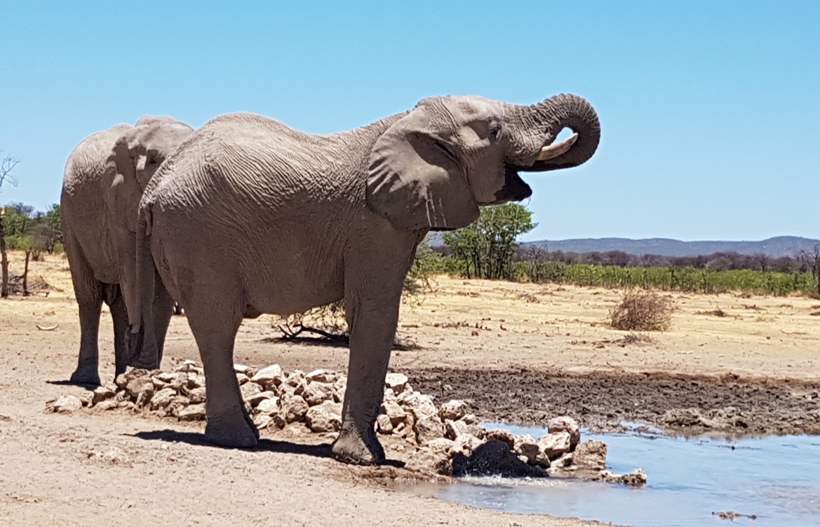 Also steeped in ancient history, engravings thought to be over six thousand years old are visible on a scatter of rock faces across the valley in Twyfelfontein. Damaraland is a truly magnificent attraction and one to savour.

Located in the largest conservation area in Africa and the entry point into the Namib Desert, Sossusvlei one of the most visited tourist attractions in Namibia. Home to some of the tallest land dunes in the world, is a most wonderfully picturesque setting.

Standing at over 1,000ft tall, this sand dune is one of the tallest dunes in the world and simply stunning. Positioned between Sossusvlei and Deadvlei, this dune towers over other dunes and offers up incredible photo opportunities to those brave enough to scale it. If you are going to hike this beast, remember to bring lots of water!

Comparable to the ancient pyramids, Dune 45 is estimated to be some 5 million years old. Standing at 500 feet, the dune is located just off the road and is an easy snap. Unsurprisingly so, the dune is the most photographed dune in the world.

Covered under a white pan floor and characterised by the dead, dark camel trees, Deadvlei is a truly remarkable setting. Once a marshland, the drastic change in landscape occurred when the Tsauchab River was stopped from entering the pan by the magnificent sand dunes that circle the area. Amazingly, the camel trees are thought to be some 900 years old and unable to compost because of the dry climate, leaving behind an eerie reminder of what went before. 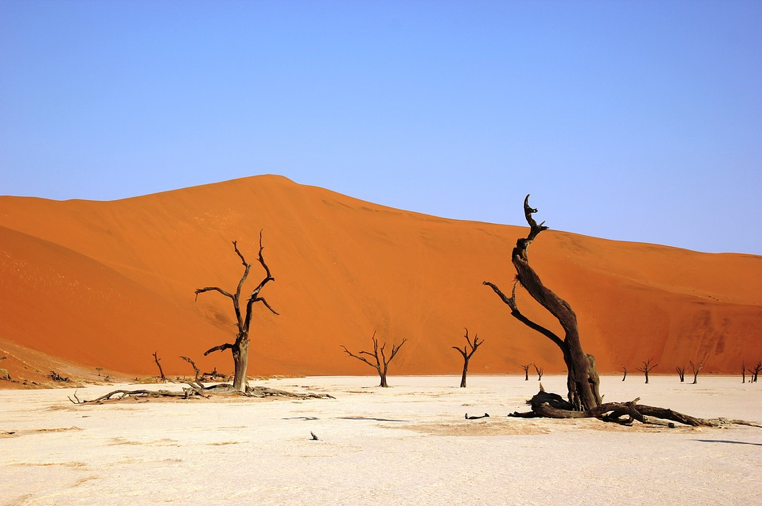 Deadvlei presents once in a lifetime photo opportunities with the red dunes and clear blue skies making for incredible photos.

Two types of cuisine exists in Namibia – local, indigenous food and colonial food which is European in nature and links back to Germany’s colonisation of the country in 1884. Breakfast in Namibia has a heavy European influence and includes old favourites such as cereal, eggs, bacon and sausage and bread. However, be careful when ordering scrambled eggs, as you may find kidneys or some other meat unexpectedly mixed through.

Because of the desert environment, fruit and vegetables are on the expensive side and explains why most restaurant dinner menus are dominated by meat. Kudu and oryx, types of antelope, feature heavily while buffalo and seafood are popular choices among travellers. Most restaurants tend to tailor to travellers meaning there is absolutely something for everybody.

German influence is obvious when looking for something sweet, with the local cake shops offering mouth-watering classics such as apple strudel, chocolate cake and black forest gateau. Desserts are also something to savour with koeksesters (mini doughnuts dipped in honey) and melktart (milk tart) featuring heavily on menus and with good reason. The quality and service offered by the restaurants is excellent and the price of food is very reasonable.

Without a doubt, Namibia surpassed all expectations and was probably one of the best experiences of my life. From the wildlife to the scenery, from the history to the people, this country is simply amazing and one for the bucket list.