Samantha from our office recently spent a fantastic 3 nights exploring the sights of London with her family.

We flew from Knock to London Luton. Luton was the closest airport to where we were staying (see below) and the flights from Knock were at a good time for us and were very well priced. Knock is an extremely hassle-free airport from which to fly. The car park is a 30 second walk from the terminal and the airport building itself is small so it takes very little time to get from your car to the boarding gate.

We had a private airport transfer booked to our hotel which was in Watford. We stayed in Watford for a number of reasons: firstly it is much cheaper than staying in central London which is helpful when travelling with a family. Secondly it is only 20 minutes by train from London Euston so sightseeing was easy and thirdly it is close to the Harry Potter Studios which was the primary focus of our trip so the location made sense for us. Watford isn’t the most attractive of towns, but it served our purpose perfectly. Our base was the Premier Inn Watford Central. 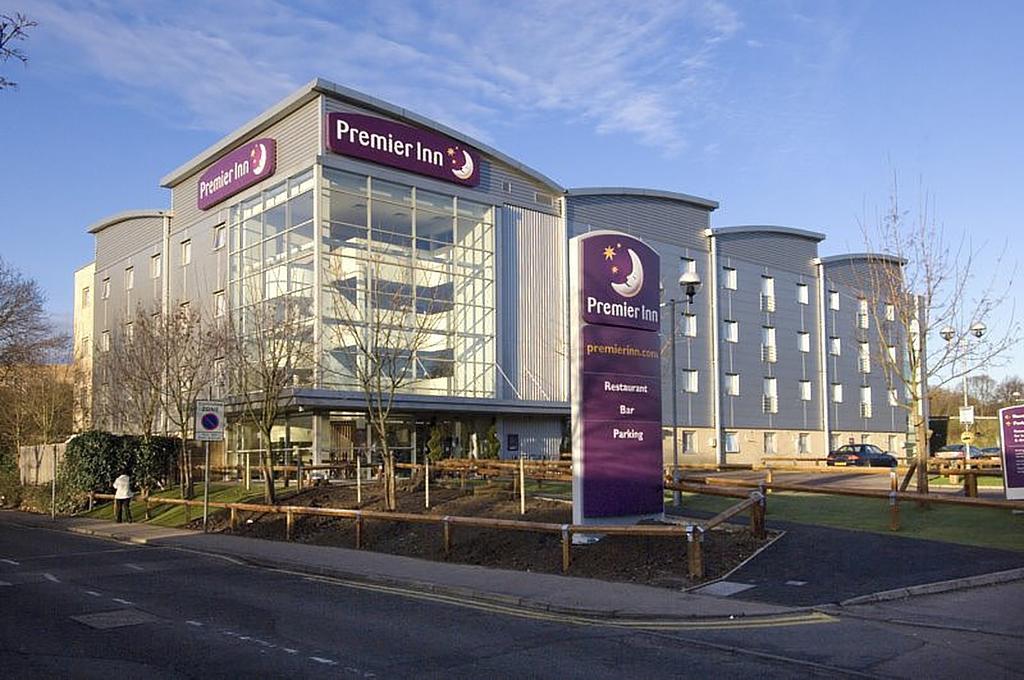 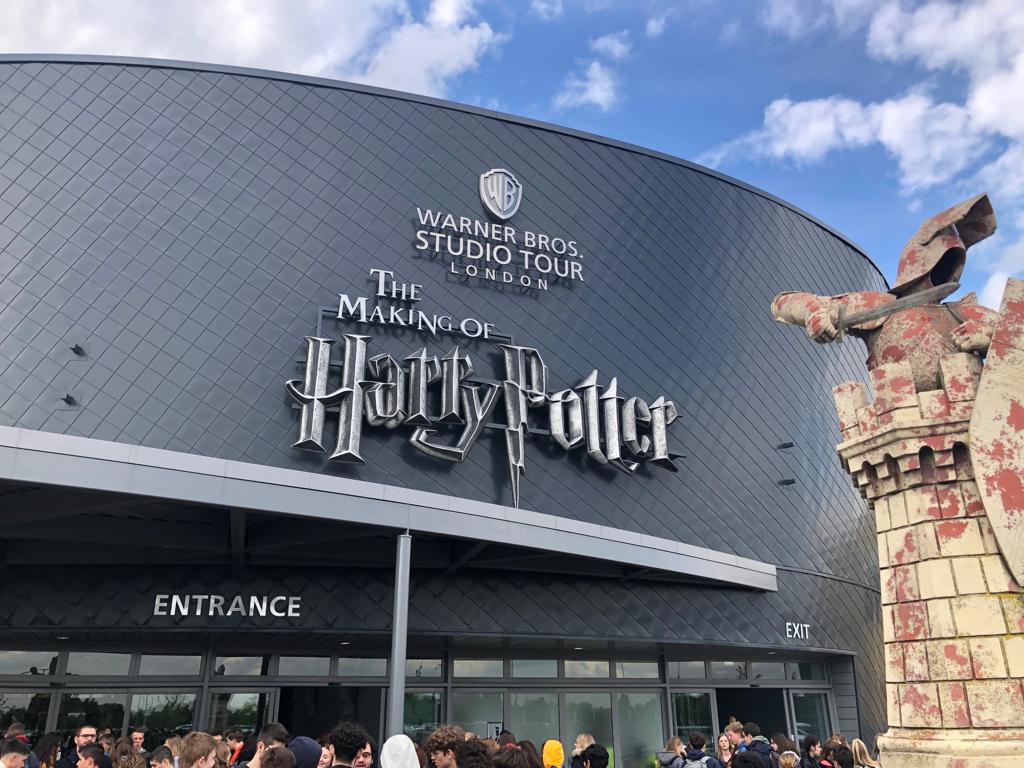 We caught the bus from Watford Junction train station to the studio. The journey takes less than 10 minutes and costs £2.50 per person return (no change given). We had pre-booked the tour online (this is a must), so all we had to do is go to the ticket office window to collect the actual tickets. Even though the queue looked long it took just about 5 minutes to get through as there were lots of ticketing staff.  We arrived at the studios at 4pm and although our tour was not until 6pm, we were allowed inside.

First we ate dinner in the Food Hall. The food, choice, prices and presentation were all good. Then we then went to the gift shop to kill the remaining time before the tour - be warned, the prices here are crazy! A few minutes before 6pm, we went through for the tour. I say “tour” but it is a self-guided experience. 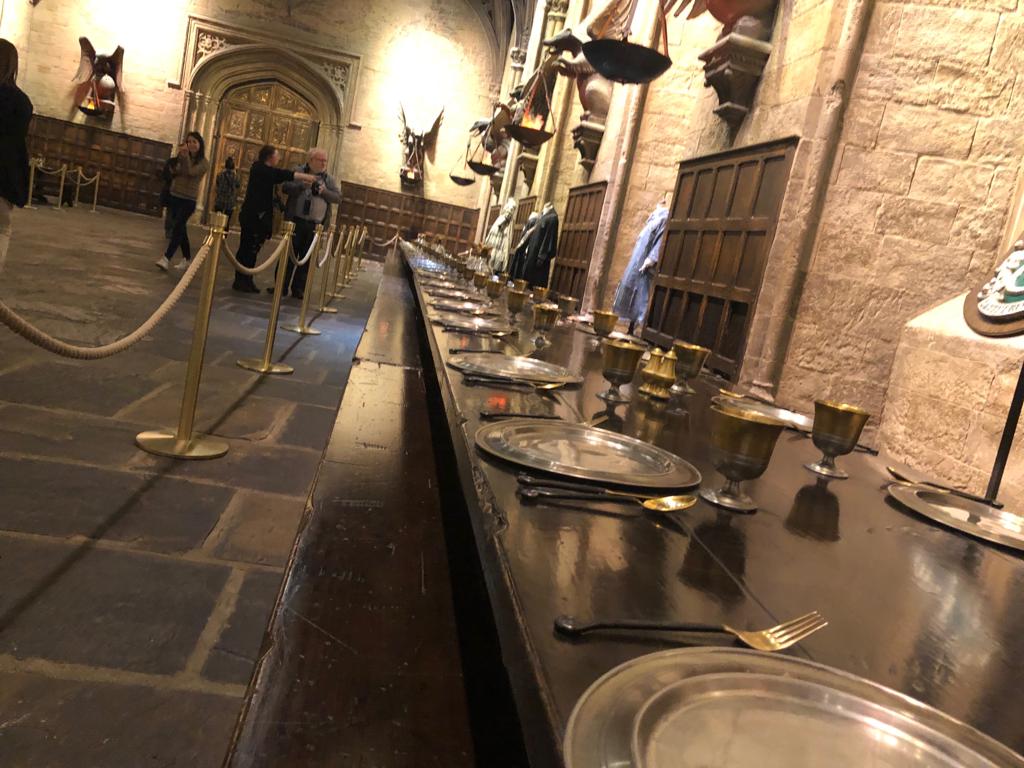 You can’t help but be enchanted by the magic of the place and it was as entertaining for adults as it was for children. It is a huge site and you will need comfortable shoes as there is a lot of walking. By 8pm, we were just half-way through and we stopped at the Backlot Café for some Butterbeer (this café is strategically placed at the mid-point of the tour just when legs are starting to tire). We finished the tour just before 10pm, but at no point did I wish it would end and that’s saying something about an attraction geared primarily towards kids! 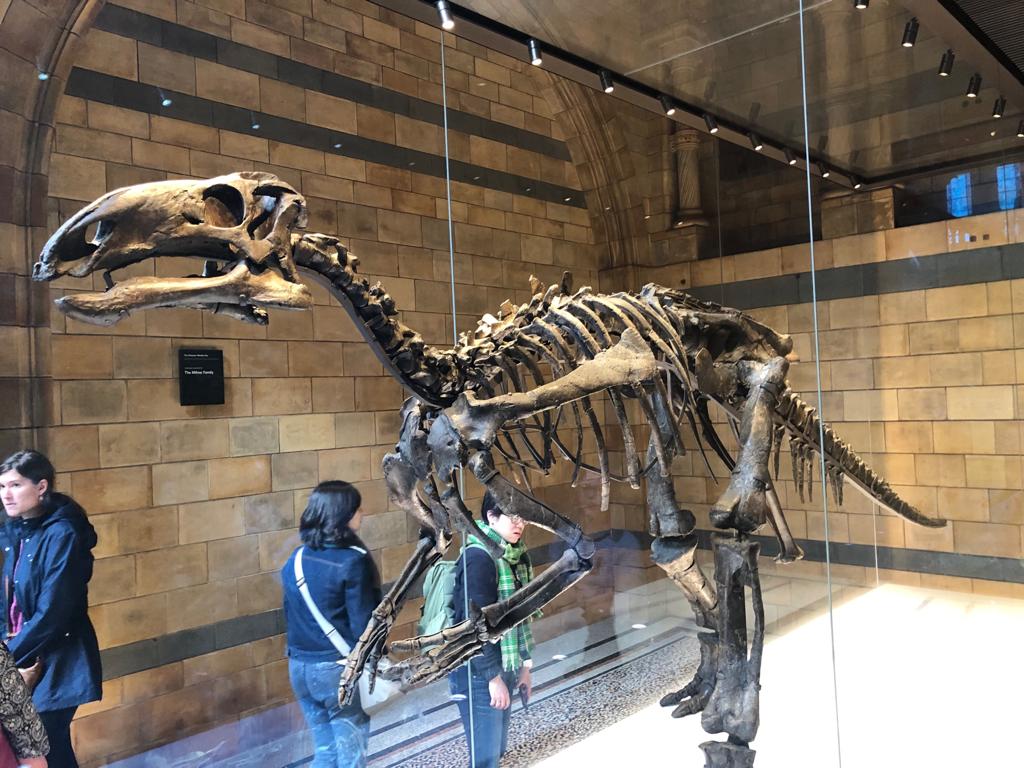 The next item on our intinerary the Natural History Museum in central London. The kids loved the dinosaur exhibitions and that's where they wanted to spend all their time... Us, not so much!

There were lots of interesting exhibits though; among them a simulator of the Kobe earthquake - it was an awesome experience in the true sense of the word to stand inside and feel the ground shaking.

The cavernous building in which the museum is housed is beautiful; you might recognise it from the Paddington film!

Entry is free of charge which is amazing given how in-depth and well-presented everything is.

Another big highlight was attending a Premier League match at the new Tottenham Hotspur stadium. The whole experience was very exciting! We had long since wanted to go to a Spurs match and it was just as great as we hoped it would be; from arriving at the stadium by bus and seeing the huge stadium looming ahead of us, to the heady atmosphere of the match itself. It is a feeling of camaraderie like none other; being seated with your fellow Spurs fans, shouting for your team!

As it was the final game of the season, all players did a lap of honour around the pitch and a few awards were given out so we got to see all of the big names. Pure magic!

The Changing of the Guard at Buckingham Palace

As we were in London during one of the days when this famous event takes place, we decided to try to see it. Although events begin around 10:45am, you should aim to arrive by 9:45am at the latest to get an unobstructed viewing point, and even earlier than that to get a prime viewing position. We arrived around 10am and even then were a few people back from the railings so we didn’t have a great view.

It gets really busy!

Around 10:45am the Buckingham Palace Old Guard is joined by the St. James’ Palace Old Guard in the palace forecourt. Then at 11am The New Guard, accompanied by music by the Bands of the Guards Division, arrive from Wellington Barracks to assume responsibility for protecting the queen.

It was good to see this event, however our youngest didn't particularly like hanging around waiting for it to begin!

As we hadn’t time to dedicate to doing a full day of open top bus sightseeing tours, we opted for a night tour of the main sights instead. The whole route took 2 hours and we saw loads of landmarks, among them Tower Bridge, The London Eye, Westminster Palace, Buckingham Palace, The Tower of London etc. It was lovely to experience the sun setting over the city and the city’s subsequent lighting up for the night.

All in all, this was a fantastic whirlwind trip to London - a city I would highly recommend for families! We would go back again in the morning if we could, as there is so much more to see. It was a tiring trip as we were on the go all the time. At the end of a busy 4 days, it was great to only be an hour or so from home when we landed as some of us were very tired! 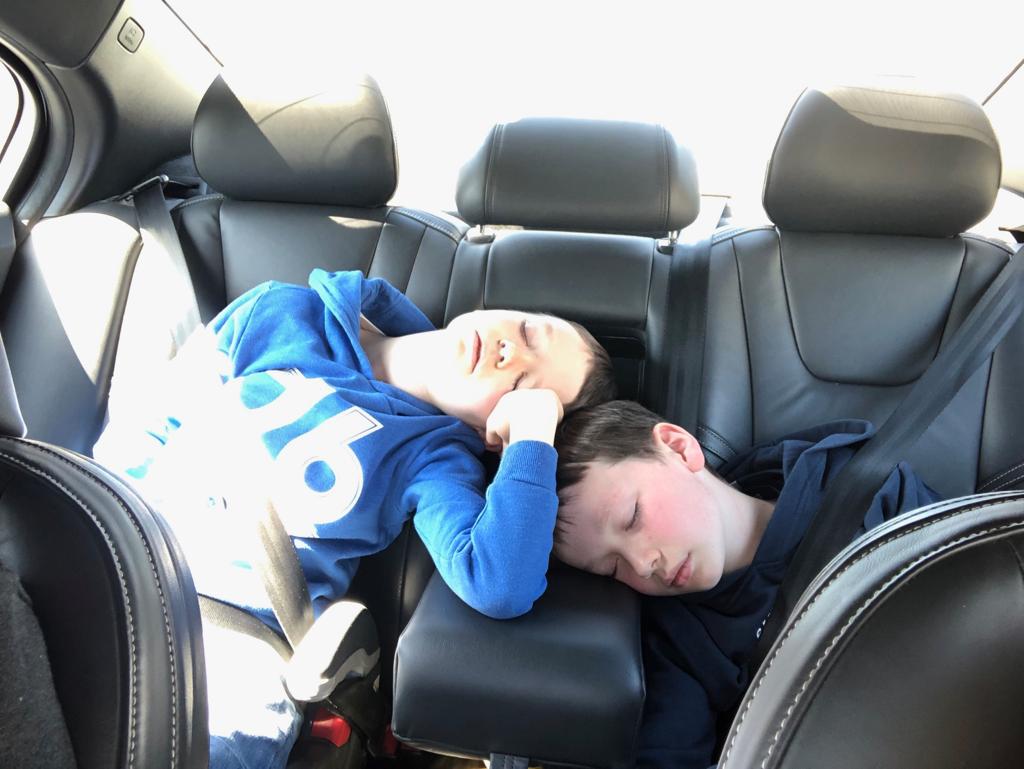